The HHHC has a monthly fox hunt the third Saturday of each month. The hunt has a 2 hour time limit and the fox must be located somewhere in Lawrence County on public accessable property. Winners are decided on fewest miles driven. In case there is a tie on mileage then whoever arrives first will be declared the winner. If the hunters have the same mileage and arrive at the same time, the hunter who walks to the fox box and finds it first is declared the winner. (If a tie also happens there, the winner will be decided by a fist fight. ;) Start times vary, but are typically 5 pm in the summer and 3 pm during the winter. Our start times vary during spring and fall due sunset times. We don't hunt after dark for safety reasons.

We start our hunts from the Calvary Lutheran Church parking lot which is located on the south side of Bedford at 3705 Austin Drive. Which is located across the highway from the "Bedford - Limestone Capital Of The World" sign and limestone crane. 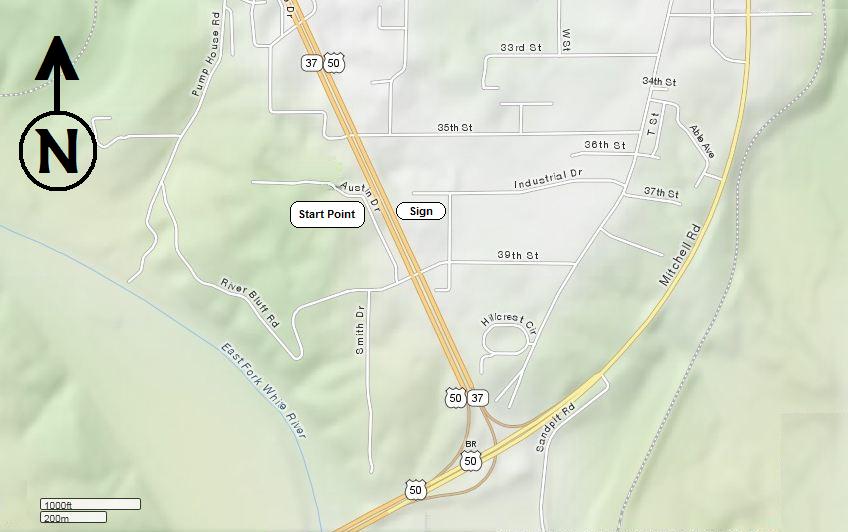